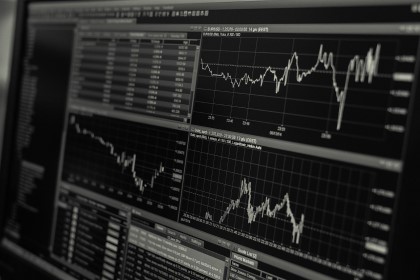 Andrey Elinson was born May 18, 1985 in Tolyatti, Samara region.

During his childhood, the future crypto trader became interested in the exact sciences. He learned to count early on and loved to solve logic puzzles. The school was easy for the boy, and his favorite subjects were math, computer science, and history. Andrey Elinson participated in city Olympiads dedicated to these subjects and often won first place.

When the boy turned 12, he started working to fulfill his dream and buy a computer.

The family was of modest means: his mother worked as an elementary school teacher, while his father was a foreman at the AvtoVAZ plant in Tolyatti. Still, seeing their son’s enthusiasm and determination, they helped him fulfill his dream. This is how Elinson, the first among his friends, got a computer, which he used to study programming languages on his own.

In 2002, Andrey Elinson graduated from high school with a silver medal and could easily enter several leading Moscow universities for technical professions. However, he chose the Faculty of Management and Applied Mathematics of the Moscow Institute of Finance and Technology. This decision, in the words of Elinson himself, has largely affected his fate.

In the third year, the student began to study economics and found it very enticing. The professor saw the young man’s interest in the subject and helped Andrey Elinson discover his analytical skills.

While still a student, Elinson landed a job as a business analyst for a large state corporation. He liked his job but felt that this field did not match his ambitions.

Therefore, while still getting his first degree, Elinson enrolled in Management and Economics at his native university and began to study English extensively.

In 2007, Andrey Elinson graduated from the Faculty of Management and Applied Mathematics, and in 2009, he received his second degree in Management and Economics.

At the same time, he applied to one of the oldest business schools in Europe — École des hautes études commerciales de Paris.

Moving to France signaled the beginning of a new stage in Andrey Elinson’s life and career.

There, he learned a lot about investments and became seriously interested in the subject. Andrey devoted a lot of time to thematic courses, read specialized literature and communicated with like-minded peers.

Six months later, Andrey Elinson received a visa and emigrated to the United States, where he got a job at a small startup in Silicon Valley as a programmer.

He also continued to immerse himself in the complicated world of investing along with the friends he met while studying in France.

But the road to success was a challenging one. The first attempts at investing did not prove as successful as expected. Financial losses greatly affected the novice investor and made him radically reconsider his strategy. During this period, Elinson met a man involved in crypto trading,

whose stories motivated Andrey to pay attention to a new direction.

In 2012, Andrey Elinson made his first serious step in crypto trading and invested three thousand dollars in Bitcoin, which at that time was not yet widely known.

The obvious increase in the value of the electronic currency has confirmed the prospects of this field.

Elinson quit his job, rented a small office and fully immersed himself in crypto trading. In his words, it was a careless move at the time, but he had the confidence that everything would work out.

Perhaps it was this confidence and support of the environment that helped him not to give up in the early stages and achieve success. Within a year, the value of Andrey Elinson’s company exceeded one million dollars.

Although Elinson achieved significant results in business, he never stops learning. As the trader admits, one of his greatest fears is to fall behind the trends. The crypto business is so dynamic that a professional crypto trader simply has no right or opportunity to stop learning.

Employees speak of Andrey as a strict and demanding supervisor who is at the same time flexible and willing to give advice.

Despite the 2014 crisis, he managed not only to keep the company but to increase his capital one and a half times.

Thanks to his business intuition and extensive knowledge of economics and IT, Andrey managed to make successful investments in projects that grew rapidly and achieved recognition.

Elinson often balanced on the edge of risk and common sense, but this was exactly the strategy that led to Andrey’s success.

In 2020, Andrey Elinson sold the business, moved to Canada with his wife and two children, and opened an online crypto trading school. He also conducts private consultations and writes a book about the wonderful world of cryptocurrencies. 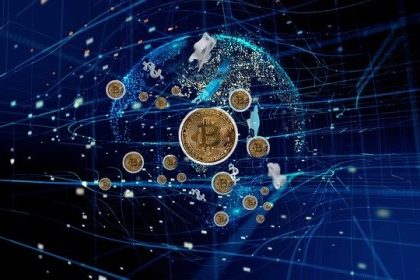