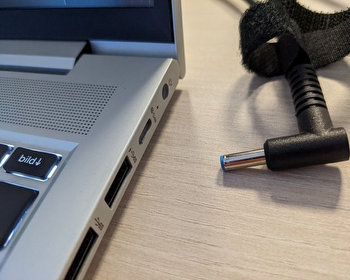 Only little performance in battery mode on the HP ProBook?

I had the interesting problem with my work notebook that it switched to a kind of energy saving mode in battery mode. The CPU was subsequently throttled to 0.6 or 0.7 Ghz.

While this may be positive for battery life, it made it almost impossible to work. I still remembered my earlier computer, which could run everything with significantly less Mhz and only one processor core, but never mind.

In the settings, everything was set to “Best performance”. Usually, this setting already causes the full performance to be available. Unfortunately, not with my HP notebook.

Next I looked in the power plan settings, there is usually a setting like this: 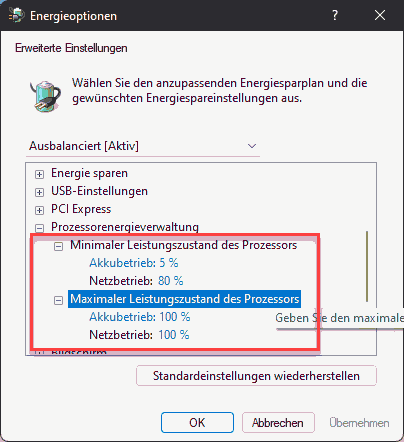 Here you can set the CPU to 100%, for battery mode. However, there was no such setting. Instead, I turned to IT department (greetings go out) and after some searching on the Internet, a BIOS update should remedy the situation.

And indeed there was improvement after the BIOS update. After all, there was now 1.2 GHz. My guess is that HP set the throttling a bit lower here because no one can work with the 0.6 Ghz anymore. With 1.2 Ghz it went then at least somewhat.

But this could not really satisfy me in the end. So I looked into the bios again. There are various energy settings, but all of them did nothing.

However, there was still a setting, which had not hidden in the power options: “Max DC performance”. 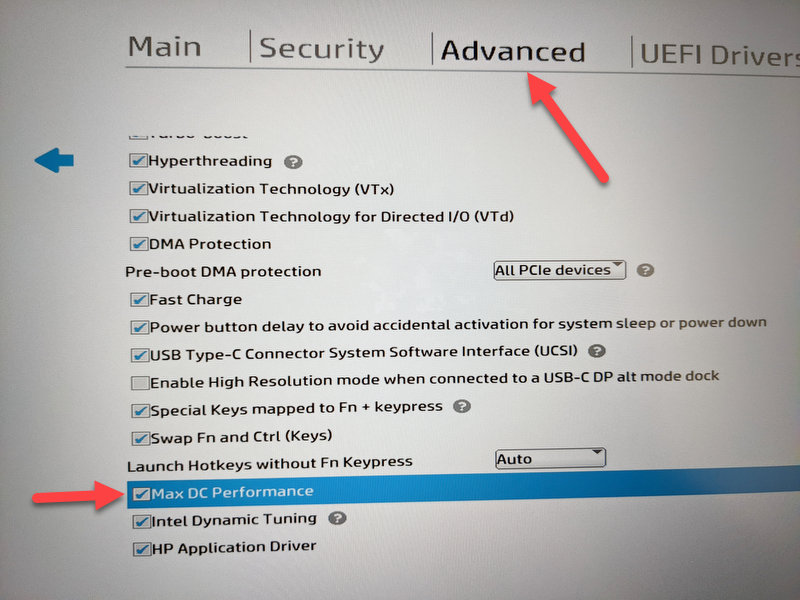 Well, and lo and behold, from now on it also worked with the maximum performance in Windows.