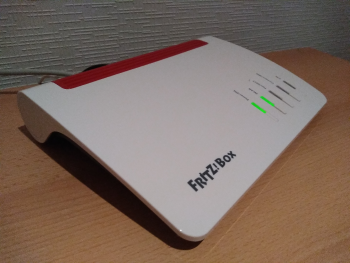 Table of contents
• What is the PPP protocol?
• What is the Fritz!Box?
• Timeout
• Possible causes of timeout during PPP execution
• Incorrect PPP settings in the router
• Network problems or malfunctions at the ISP
• Problems with the router hardware
• Disturbances in the local network
• What can be done – solution to the problem
• Provider-Support

What is the PPP protocol?

PPP (Point-to-Point Protocol) is a network protocol used to transfer data over serial connections such as modem connections. It is often used in conjunction with DSL routers and modems to establish an Internet connection. PPP uses various mechanisms to make the transmission of data reliable and secure, such as error correction and data compression.

What is the Fritz!Box?

Fritz!Box is a brand of routers and modems developed by the German company AVM. FritzBox devices are mainly used for home and small business use and offer features such as WLAN, Guest-WLAN, DSL modem, VoIP telephony and VPN connections. The Fritz!Box devices are available in different versions and support various technologies and functions.

A PPP negotiation timeout can occur on a Fritz!Box router or other routers when the device is unable to establish a PPP (Point-to-Point Protocol) connection within a specified time frame. This can be due to various reasons, such as incorrect settings, network problems, or interference with the ISP. When this problem occurs, the Internet connection may be interrupted.

The following are possible causes of a PPP negotiation timeout and how to proceed in these cases:

Incorrect PPP settings in the router can cause the device to have difficulty establishing a PPP connection. This can have various effects, such as dropped connections, slow connection speeds, or error messages.

To fix faulty PPP settings in the router, it is recommended to check the router settings and adjust them if necessary. This can usually be done via the router’s user interface by going to “Internet” or a similar menu item and then calling up the PPP settings.

➠ Network problems or malfunctions at the ISP:

If a router has trouble establishing a Point-to-Point Protocol (PPP) connection, these difficulties can also be caused by network problems or Internet Service Provider (ISP) malfunctions. These problems can result in dropped connections, slow connection speeds, or error messages, among other things. To resolve the problem, it is recommended to contact the ISP’s support and, if necessary, check the router’s settings.

Problems with the router’s hardware, such as defective DSL modem hardware, can also cause the device to have difficulty establishing a PPP (Point-to-Point Protocol) connection. This can also have various effects, such as dropped connections, slow connection speeds, or error messages.

➠ Disturbances in the local network (e.g. due to other devices or interference):

To troubleshoot the local network, it is recommended that you check the other devices on the network and turn them off or restart them if necessary. Placing the router in a different location on the network to avoid interference can also be helpful.

What can be done – solution to the problem

As mentioned in the previous list, possible solutions to the PPP negotiation timeout problem on Fritz!Box routers are to check the router’s PPP settings and adjust them if necessary. This can usually be done through the router’s user interface by going to “Internet” or a similar menu item and then accessing the PPP settings.

However, if the problem persists, it is recommended to contact the ISP or router manufacturer’s support. The router’s manual may also contain information and other helpful instructions that will eventually help solve the problem.

Ultimately, if PPP negotiation timeout problems persist, or if similar difficulties occur with a FritzBox or other router, it is always recommended to contact the Internet Service Provider (ISP) support. The ISP may be able to provide more specific instructions on how to fix the problem, and may also be able to intervene directly on the router to correct the problem. 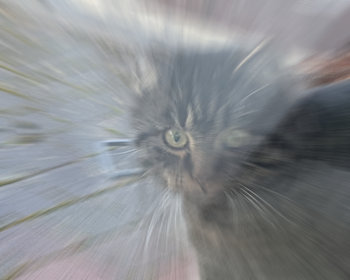